Written by Ali May of the Longmont Leader

The climbing company hopes to break ground on its 24,000 square foot development designed by Lodestone Design Group at Pinnacle Avenue and C0 119 in the next few weeks.

The Longmont Climbing Collective, a local indoor bouldering gym started by three families, is planning a major expansion with one — possibly two — new locations. The upgrade will introduce rope climbing, a taproom and other fitness programs beyond climbing.

The climbing company hopes to break ground on its 24,000 square foot development designed by Lodestone Design Group at Pinnacle Avenue and Colo 119 in the next few weeks, said CEO and founder Bryan Hylenski. The facility was approved for construction by Longmont City Council in December 2021 after a recommendation from the Planning and Zoning Commission. At this time, Hylenski said he's patiently waiting for a construction permit to break ground and aiming for a fall 2022 or winter 2023 opening date.

When the LCC, currently a roughly 13,500 square foot gym at 33 South Pratt Parkway, opened in 2018 it already planned on sizing up. Hylensk said he originally wanted a full-service gym with rope and bouldering offerings, but finding a large enough space and enough funding at the time wasn’t in the cards.

“There's really no buildings Longmont that have 50-foot high ceilings, so we knew we'd have to build one,” Hylenski said.

Bouldering, a type of rock climbing without ropes, is a lot lower than climbing on walls with ropes. After a few years of operating as a bouldering-only climbing gym, the LCC is ready to build the facility they envisioned.

The gym will sit on 12 acres of land with views of the Rockies. Its planned features include 60- to 70-foot indoor climbing routes, speed climbing walls, sauna and hot tub, 800 square feet of designated training area, an outdoor patio for yoga and fitness classes, retail space, a cafe and a self-serve taproom.

A 50-foot outdoor rock wall with an overhead roof will double as an event space. The LCC hopes its facility can be about more than fitness and also attract event and concert-goers, hosting gatherings and food trucks on its land.

“We're also going to have an outdoor wall that has a roof over it and it opens up to five acres of beautiful grass, farmland that has views of the mountains,” Hylenski said. “And so that will allow us to not only host events, but also just have an area where people can come with their dogs and kids and not be so compressed inside of a building where there's chalk in the air and people running around and on top of each other.” Though there is a lot going on in the planned gym, LCC co-founder Mack Maier is looking forward to the most is the rope climbing.

After the new LCC is built, Hylenski said, the current location will eventually close in the years following the opening. He added that they will move the bouldering walls to another Colorado city, letting the new LCC be its Longmont flagship. Though he can’t share details yet about the deal or what the real estate will be used for, Hylenksi said the climbing company is in the process of buying a building in Greeley. Often in our Shri Yoga classes or workshops you may have heard your teachers talk about the chakras or energy centers. These wheels of energy can be utilized as a tool for optimizing both our physical and emotional wellness.  Chakra means wheel or disk in Sanskrit and refers to the energy centers that run the length of your spine from the base of your pelvis to the crown of your head.  Each chakras has their own symbol, color, area of the body and even elements that it affects and controls. To function at their best, your chakras need to stay open, or balanced. If they get blocked, you may experience physical or emotional symptoms related to a particular chakra. Let’s see how we can decode these systems to help support our overall wellness, one energy center at a time. 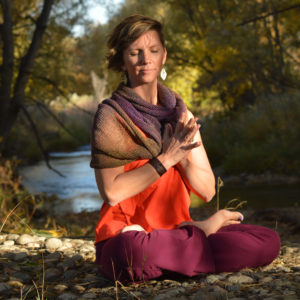 Now that we have broken down each energy center into its parts, what do we do next?  How do we put this information into practice?  We use the tools of yoga movement, breath, sound and meditation to first access then balance these energies within us.

Join Shauna at Shri Yoga for a Journey Through the Chakras.